END_OF_DOCUMENT_TOKEN_TO_BE_REPLACED

When the news broke that DAT had released a competitor to Truckstop’s Book-It-Now (conveniently called “Book Now” - saving users 4 keystrokes over the Truckstop product when accounting for the space bar - and also with noting Parade AI had the name first), I commented that DAT was playing catchup, and it wasn’t a good look - that remains true.

Then came news the news that KeepTruckin had shut down their One Point acquisition to focus on their digital freight matching (“DFM”) product. KeepTruckin got into the brokerage game with their acquisition of OnePoint - ostensibly to proof of concept DFM from the available capacity in their ELD network. That is not to suggest that KeepTruckin did not have designs for their brokerage, but the opportunity for KT with OnePoint was in the capacity in the platform. In shutting down OnePoint, KeepTruckin founder Shoaib Makan essentially said “[w]e’re getting out of brokerage because it’s hard,” and “[w]e cannot be a neutral marketplace with a brokerage.” Both are true.

Neither of these seems like a big deal by themselves. However, both of these are a sign that DFM has turned a corner in the marketplace, and it may now be “table stakes” in the battle amongst brokerages to serve customer needs.

Visibility is more than a blue dot on a page, and DAT’s core value prop has been visiblity since long before it was sexy. Love them or hate them, DAT has sat atop the market for brokers and shippers to connect to capacity. During this technology revolution over the last few years, DAT has been slow to act, and have instead doubled down on existing product. It was not until just under 2 years ago that DAT offered a tracking product, which they did not integrate core mobile offering at the time.

Meanwhile, other companies have been making moves. While perhaps not directly - startups like KeepTruckin and others began offerings that could eventually displace DAT’s value prop. As Bill Vitti, Chief Commercial Officer of Truckstop, said this week on Great Quarter, Guys, the $1B in capital last year will continue to push Truckstop forward and help them move faster. While DAT may be waking up to the fact that Truckstop is no longer its “little brother”, Truckstop has already started looking well ahead of DAT, and “Book [It] Now” is just the most visible example.

Truckstop is not the only company offering DFM services that brokers and carriers can use to automate. As an example, TruckerTools has a similar product and it is fair to say that the DAT move is not entirely a move against Truckstop. While they may not admit it publicly, for DAT, there is no way to read the news as anything other than speaking to the fact that the company felt compelled to act. Truckstop may have forced DAT’s hand, but likey Book It Now alone would not suffice in bringing progress as it concerns DFMs.

KeepTruckin has been a darling of the startup world, capturing large market shares in the rush to ELD. KeepTruckin acquired OnePoint in April 2019 in a move to leverage the capacity liquidity and data generated within the ELD platform. It was a simple math equation - have trucks, offer loads, make money. Why would they need a brokerage? In the early days of Convoy and UberFrieght, both tried to avoid the “B” word, opting to be a “marketplace” or “platform” instead. It was a good tactic for raising money, but not useful in persuading shippers to buy-in. Eventually, both pivoted to admit they are brokers.

The news that KeepTruckin is shutting OnePoint could also point to the fact that in the 5 years since the founding of Convoy, and the 2+ years since UberFreight - shippers have become more open to working with a “marketplace.” More likely, it points to the fact that they have not been able to. Shoaib’s comments point to operational inefficiencies, and a likely struggle to get shippers on board. To “focus,”  KeepTruckin pivots to bring their capacity to bear companies that need it, and are ready to buy brokers.

Early in the DFM space, it seemed that adoption lagged because of a fundamental misunderstanding of DFM. Brokers seemed to think of it as a “newer” post and pray strategy. Companies offering a DFM service only get paid if the transaction is completed. With these mainstream companies scrambling to get into the DFM space, it stands to reason that perception has changed - this is capitalism, after all. Brokers have come around in understanding there is still a place for the human connection in matching with technology as an additive tool. The news from both DAT and KT speaks to the fact that DFM has turned a corner in the adoption curve - moving past early adopter into the mainstream. 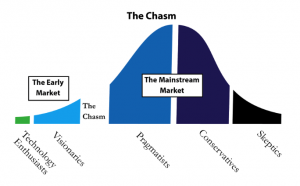 The why is easy to see. Matching is expensive for brokers. Quick back of the envelope math suggests that an average broker booking 6 loads/day and taking home $50,000 per year means that it costs $33 just to match a carrier to a load. Reducing the cost to match will allow brokers who adopt DFM and apply it appropriately (meaning the right incentives, the right structure, and the right training) to compete at a lower margin and win. 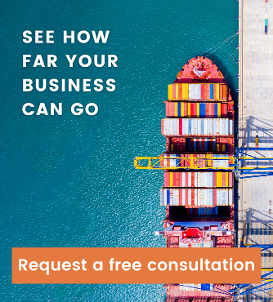 We all know compensation drives behavior. In transportation and logistics, compensation can be the differ...
John Linger Apr 29, 2021 2:36:38 PM

It is important to compensate employees in a fair and incentivizing way. You also need to maintain an ove...
Adam Perlmutter Apr 22, 2021 9:45:00 AM